Louis Bromfield the son of a farmer, was born in Mansfield, Ohio in 1896 and grew up with his two siblings Marie and Charles, Jr.  Louis graduated from Mansfield High School, later studied Agriculture at Cornell and Journalism at Columbia University and was decorated for his service in the French army during World War I. He went on to marry Mary Appleton in 1921 in Columbus, Ohio. They would go on to have three daughters- Anne, Hope and Ellen. The Big House at Malabar Farm in Lucas, Ohio would become the family homestead until Louis Bromfield’s death in 1956. At the time of Bromfield’s death, Hope and Ellen were married and began their own lives and families. Hope would move to Montana and Ellen to Brazil. Anne never married and lived at the farm until her fathers death, then family friends took Anne in, later by Hope until Annes’ death. All three Bromfield daughters have since died as of 2019.

This section provides rarely seen family photos and selected background information about the Bromfield family and their many friendships over the years. His wife Mary Appleton and their daughters Anne, Hope and Ellen experiences family life at Malabar Farm in rural Ohio. This area will be updated as photos and history become available.

Excerpts from two articles that appeared in the November 1950 edition of
Glamour magazine by Ellen and Hope Bromfield..

“Life On A Farm” by Ellen Bromfield
Yesterday, we had a heavy rain, which fell from noon until midnight, soaking into the earth and quenching the thirst of everything alive. Now it is the perfect day that follows the rain.The calves in the pasture where I am sitting have been running and kicking their heels up in the fresh sweet clover and grass all morning while the three old nurse cows stand, head to tail, under a nearby apple tree, chewing their cuds and switching the flies from each other’s faces.

“Life In The City” by Hope Bromfield
I have just finished reading my sister’s piece in praise of life on the farm. But even while I agree with all she has to say about the charms of Malabar, I find myself quite happy to remain the city girl of the family. Not because I have any special love for cities as cities—but because, to me, New York is the most wonderful place in the world to be. Why? Well, to begin with, it’s on the edge of everything—of the things that may happen someday—and the things that are about to happen any minute.

She enjoyed a minor career as a concert pianist in New York before she retired from performing. Marie died during a flu epidemic. Buried at Olivet Cemetery at Malabar Farm

He served with the navy during World War 1, Had a career in middle management. Charles is buried at the Willamette National Cemetery, Portland, Oregon.

Louis was born to Charles and Annette Brumfield on December 27, 1896 at home, 323 West Third Street, Mansfield, Ohio (when Louis formally changed his name to Bromfield is an open question.)
In 1904, when Louis was eight years old, his maternal grandfather Robert Coulter was injured in a farming accident and had to leave his farm, moving in with his daughter and son-in-law, Annette and Charles. The family farm was rented to a series of tenant farmers who over the next ten years were poor stewards of both land and buildings, leaving the farm in poor condition. (Apparently the Bromfield family was unaware of the seriously declining conditions on their farm property.)

Louis graduates from Mansfield Senior High in 1914. His father’s ill-conceived dabbling in real-estate is beginning to impact the financial security of the family and it is decided that Louis will study scientific agriculture at Cornell University–with the ultimate goal being a return to the family farm, which would then be operated jointly by Louis and Charles. Unfortunately during Louis’s first year at Cornell the family’s financial condition declines precipitously and the difficult decision is made to sell the West Third Street home (early 1915?) “which had sheltered the family for twenty years” and move to the family farm.

Louis is called home to help with the farm. Unfortunately Charles turns out to be something of a dilatant farmer who continues his ill-conceived real-estate ventures. Louis is left to struggle almost singlehandedly with a farm that is in far worse condition that had been known. After eighteen months of exhausting effort it was decided that the farm had be sold and the family return to Mansfield. Louis would return to college in the fall of 1916 (with proceeds of the sale of the farm to get him started?) but this time he would study journalism.

Scott does not provide the new address for the return to Mansfield. Louis drops out of college during his first year at Columbia and joins the American Field Service (soon to be folded into the U.S. wartime army), eventually driving an ambulance in France during WW1. Luckily for information about subsequent family moves we can thank Annette Bromfield. During Louis’s time in the army he wrote a number of letters home that she was able to get printed in the local newspapers. The letters published in the Shield only describe Louis’s parents as living in Mansfield, but the News-Journal often gave their address.

Later they spent considerable time at Malabar Farm, although at Charles’ death in 1943 the announcement identified him as living in New York. It wasn’t until Charles’ death that Annette move permanently to Malabar Farm, 4050 Bromfield Road, Lucas, Ohio where she died in 1947.

Louis on left and Charles Jr. on right 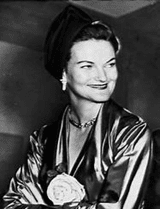 Author-farmer Louis Bromfield, back at Malabar Farm after his recent sickness, yesterday admitted the possibility of his marriage to tobacco heiress Doris Duke.

In a jovial mood after receiving a 1956 station wagon as a gift from Pontiac Division of General Motors, Bromfield laughed when it was suggested that “they almost had you married while you were gone,” Bromfield replied, “It might happen someday, but not right away.” He added: “We are very fond of each other, We may get married, but it won’t be right away.”

The author and the world’s famous woman have been the subject of rumors of romance ever since Bromfield visited her Sommerville, New Jersey, farm while undergoing medical treatments in New York in January. Bromfield previously has denied the existence of a “romance”, saying he and Miss Duke are “just old and very good friends.”

Louis (center) and Doris (right) at one of her homes

“Life On A Farm” by Ellen Bromfield

Yesterday, we had a heavy rain, which fell from noon until midnight, soaking into the earth and quenching the thirst of everything alive. Now it is the perfect day that follows the rain. The calves in the pasture where I am sitting have been running and kicking their heels up in the fresh sweet clover and grass all morning while the three old nurse cows stand, head to tail, under a nearby apple tree, chewing their cuds and switching the flies from each other’s faces.

Excerpts from an article that appeared in the November 1950 edition of Glamour magazine.

Oh Lord, I thank you for the privilege and gift of living in a world filled with beauty and excitement and variety.

I thank you for the gift of loving and being loved, for the friendliness and understanding and beauty of the animals on the farm and in the forest and marshes, for the green of the trees, the sound of a waterfall, the darting beauty of the trout in the brook.

I thank you for the delights of music and children, of other men’s thoughts and conversation and their books to read by the fireside or in bed with the rain falling on the roof or snow blowing past outside the window.

I thank you for the beauties of the four seasons and of the churches and the houses built by fellow men that stand throughout the centuries as monuments to man’s aspirations and sense of beauty.

I thank you for the powers of mind which find in the universe an endless and inexhaustible source of interest and fascination, for the understanding of so many elements which make life precious.

I thank you for all the senses you have bestowed upon me and for the delights which they bring me. I thank you for my body itself which is so wonderful and delightful a mechanism.

I thank you for the smile on the face of a woman, for the touch of a friend’s hand, for the laughter of a child, the wagging tail of a dog and the touch of his cold nose against my face.

I thank you for all these things and many more, and above all I thank you for people with all their goodness and understanding which so far outweigh their vices, their envy, their deceits.

Thank you, God, for life itself, without which the universe would have no meaning.